The Richter Scales is a 15 man a cappella group I founded in 2000 with some friends. We often practice at Ooga Labs on Thursday nights. Over the last 6 weeks or so, one of our group members, Matt Hempey, decided to do a project to create a funny music video. The idea for the video, to make fun of Silicon Valley and the current Internet bubble we’re in, was a group idea, but the execution was all him. The name is “Here Comes Another Bubble,” and over 600,000 people have seen it in three days. Matt wrote the words, did an original arrangement of Billy Joel’s “We Didn’t Start the Fire,” sang the solo, and edited the video. Like a man possessed, he pushed this thing forward. 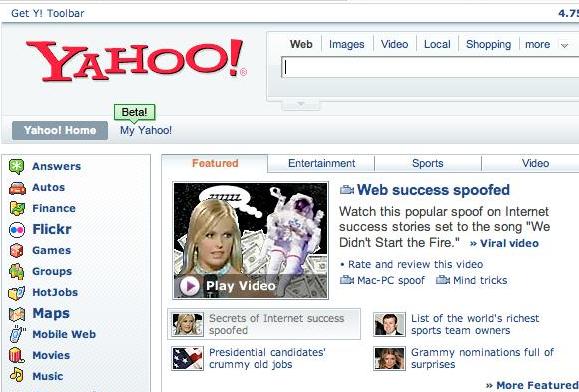 We put the video out there on Monday night, and by the end of Wednesday, it was getting rave reviews, had over 300,000 views on YouTube which was good enough for the #2 most popular slot on YouTube (for the minute or the day or something). (For you data junkies, we’ve seen that since we put it up on YouTube, we’ve been getting 94 views per minute.)Today, Yahoo saw fit to put it on its homepage as the main piece of content at the top. Hellooooo!The Video has been reviewed on Kara Swisher’s blog, Battelle’s blog, Scobelizer, TechCrunch, CNBC, Wall Street Journal, etc.There is still some viral left out there, my friends, you just have to become obsessed about it and pick something that strikes a chord.

6 thoughts on “Video from my Singing Group”